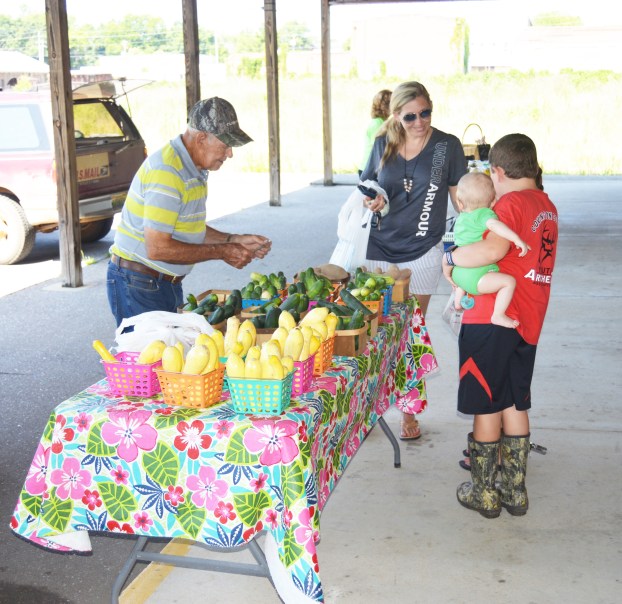 For fans of local produce and crafts, the Andalusia Farmers Market is planning to open next month.

Allison Gordon with the City of Andalusia said they are excited to open up for the spring.

“Last year we had it on a much smaller scale, because of COVID-19,” Gordon said. “This year, I am excited to just see people again and I think most people feel the same way.”

“I really am excited that we are able to do it on the square again,” Gordon said. “It is such a great location and it gives people a space where they can spread out.”

Gordon said having the farmers market this year is a win-win for the citizens of Covington County.

“This is a great way for people to buy local,” Gordon said. “They are also seeing where the produce is coming from and who is handling it. This is a good way for the community to start building back up.”

There are still applications for vendors to come to the farmers market, but according to Gordon there is a set number allowed for craft vendors.

“We want to have as many people as we can,” Gordon said. “According to the certified farmers market rules, 70 percent of vendors need to be food and produce. So, that limits the amount of craft vendors. Once we get the applications in, the farmers market board will sit down and choose which craft vendors can be there and then it will start on a rolling basis who can come.”

Gordon said the farmers market is an important way to support the community.

“I think people should come because it is a great way to support the community, and not just the vendors selling there, but for all of the downtown commerce that is in Andalusia,” Gordon said. “I think a lot of the new stores down there are going to benefit from the farmers market. It is all about community for me. That is the reason why I got into it and we have so many gifted farmers. You can’t find a better place to find produce.”

The Andalusia Farmer’s Market will start April 10 and will be open every Wednesday and Saturday until July 31, from 7 a.m., until noon.

2021 RATTLESNAKE RODEO SET FOR THIS WEEKEND

After being canceled last year due to COVID-19, the 2021 Rattlesnake Rodeo is ready to get things started on Friday... read more