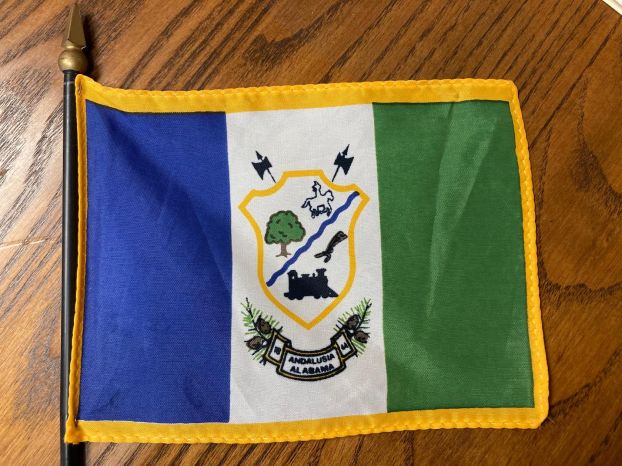 This story has been told before a number of years ago but now that a “new generation” of Andalusians have become of age as well as newcomers having arrived, it is time to refresh our memories and keep this history alive lest we forget.

Many times growing up in Andalusia, I wondered just where Andalusia got its name. Others have researched that question to no avail. After becoming a member of the Covington Historical Society, I heard this discussed from time to time. Numerous legends have always circulated about that question. No one living seems to know the answer.

In 1983 I had the opportunity to serve as president of the Andalusia Area Chamber of Commerce. During that time, a friendly letter to the province of Andalucia, Spain was written and sent hoping to gain information from the Spanish archives as to whether or not the explorer DeSoto actually came through the Andalusia and South Alabama area in his 1500s expedition. We also hoped to find out if the Spanish influence of the early explorers had a bearing on the naming of the settlement Montezuma, the first county seat, prior to moving up the hill to the new site, Andalusia. Just maybe something interesting would be uncovered in our quest.

Several months later, we received a reply through information sent to Senator Howell Heflin’s office in Washington after which these documents had been translated into English. Enclosed in the packet received were two 8” X l0” color photographs of a city flag from a sister city about the size of our city along with a coat of arms.

Colonel J. T. Raley, executive vice-president of the chamber, who had served in the military in Europe in his career suggested, “Why not a city flag?” He recalled that every little town and village in Europe had a flag.  We began developing ideas to establish a city flag to be used in the schools, at parades, at civic functions not only to promote the city but also to help preserve our proud past.

By this time, Dr. Jim Krudop had become president of the chamber in 1984. The Historical Committee of the chamber along with the Covington Historical Society called several town meetings. Input was received by the many citizens who attended including descendants of Chief Red Eagle, otherwise known as William Weatherford. It can be said that Attorney James Prestwood and Historian Sidney Waits had some colorful suggestions as well as ideas proposed from other local history enthusiasts.

A final design was selected after local artist, Roger Powell, made sketches to consider and choose from. Joe Wingard, charter CHS president, played an important role in the wording of the description of the city flag’s colors and symbols.

After everything was decided on, the City of Andalusia officially adopted this city flag on November 6, 1984 about the time of the 100th anniversary of Andalusia’s first incorporation.

The original hand-sewn flag is presently housed and displayed at the Three Notch Museum, the converted and restored Central of Georgia train depot (Circa 1900). Flags were ordered and presented to all of the city and county schools. A number of miniature flags have been given to elementary school classes and students who have toured the museum each spring. They have helped teach the county’s children about our heritage.

As we Remember When, be reminded that each color and design on the flag symbolizes something significant regarding this area’s history. Visit the Three Notch Museum on Historic Central Street to see the original Andalusia city flag on display that represents “A Proud  Past – a Promising Future.”