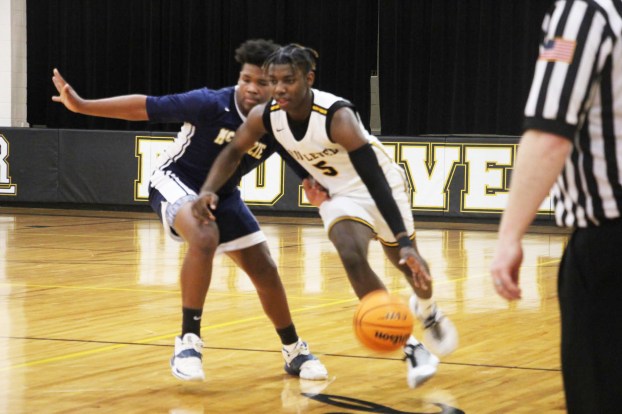 The Red Level Tigers got off to a hot start in the area tournament Monday, defeating McKenzie, 67-46.

The game was closely contested through the first period. Demarcus Johnson’s 11 points for Red Level gave the Tigers only a one-point edge, 17-16, going into the second period. For McKenzie, Jaylen McMillan helped keep it close with two three-pointers in the period.

Johnson continued with the hot hand in the second period as he scored seven of the Tigers’ 12 second-period points as the lead was stretched to four, 29-25, going into the half.

Red Level continued to stretch its lead in the third as Maliyke Wright warmed up to score eight in the period. That combined with another 10 from Johnson and three-pointer by Dylan Browder gave the Tigers a fairly comfortable lead going into the final period, 51-36.

Red Level went on to outscore McKenzie 16-10 in the final period to earn the opening round win in the area tournament.

Johnson had a huge night, leading the Tiger offense with 36 points. Wright added 10 points while Browder and Dominic Williams each finished with five points.

Red Level will play the second round of the area tournament Wednesday, Feb. 10, at Shields High School. Tip-off is scheduled for 5 p.m.