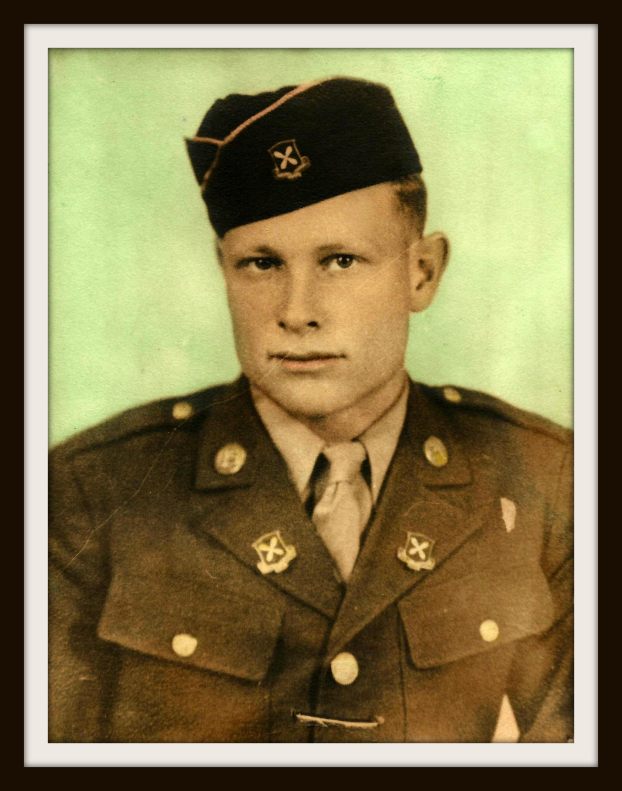 Covington Veterans Foundation is proud to salute all veterans this week of Veterans Day 2020. It is an honor and a pleasure to share the story of one beloved local veteran and member of The Greatest Generation,  Pfc. LaFelt Brannon.

LaFelt Brannon was born on March 12, 1921, to Charlie F. Brannon and Lela Lee Cauley Brannon. They resided at “Hicker Nut” Ridge in the Burn Out community north of Opp. LaFelt attended Sanford School after his family moved to Sanford. in 1929.When he was in the seventh grade, he persuaded his father to let him quit school and go to work. His first job was sanding chair legs at Pete Bank’s Cabinet Shop. The 14 year-old also had to help out on the family farm. LaFelt was plowing in the fields one day in 1942 when his parents came there to let him know that he’d been drafted. After induction in August 1942, he was sent to Ft. McPherson, Ga. for basic training. After basic, he was sent to several other bases for advanced training. While at Ft. Bragg, N.C., he volunteered for the glider infantry program and was sent to Ft. Meade, S.D. There, he was assigned to the 88th Glider Infantry for training.

Brannon’s regiment was sent to a port in New Jersey where they were loaded aboard ship. They arrived in England in early June 1944. On June 10, LaFelt’s Company G, 415th Infantry Division, landed on Omaha Beach in Normandy, as replacement units. They were embarked aboard landing craft from a large transport.

“One end of the landing craft fell down and we were in water, nearly waist deep, he said. “ As we were hitting the beach, the German guns were shelling us and their planes were strafing us….We lost quite a few men during the landing. I was a gunner on a mortar crew and carried a .45 automatic pistol. We were shaking so bad, we did not know if it was from the cold or just scared. We were near a long sand dune and our Company Commander told us to ‘Dig in!’….A shell hit a tree nearby, then three more shells landed nearby. Everybody started digging and that was the last time anybody had to tell us to dig in. The next morning, we left our fox holes and began our advance into France.”

Brannon’s company fought on through France throughout the next several weeks.

He was wounded near St. Malo, France on August 14.

“We went down to these gates where a tank was,” he said.” The Lieutenant said, ‘Brannon, you take the left.’ He told another soldier to take the right and the Lieutenant took the point. We didn’t make it but a few steps before the explosion hit us….When I came to myself, everything from my chest down was gone – pants, ammo belt, rifle and shoes. My clothes were shreds and I was covered in blood and shrapnel….The German machine guns opened up on us and I ducked behind  a wall that was close by. I was partially blind and bleeding a lot. The medics rescued me and put me on a stretcher. The next thing I remember was going down a bunch of bumpy roads in a jeep, on a stretcher. The same Lieutenant was on a stretcher in the jeep beside me. They took us to a field hospital but we had to wait because there were a bunch of others ahead of us. The next day, they shipped us to a field hospital in Birmingham, England.

After three months of recuperation, LaFelt said that he thought he’d be sent home. So, it came as a surprise when his Sergeant came around and said, “Brannon, they ain’t letting you go home. You’re going back to the front lines.” On November 25, LaFelt rejoined his unit in Germany. At that time, his unit was assigned to the 104th Infantry Division, the Timberwolves.

The Timberwolves worked directly with both the 82nd and 83rd Airborne Divisions as they fought across northern France and into Germany. They participated in both the Rhineland Campaign and the Central Europe Campaign. As his unit was fighting near Cologne, Lafelt remembered the allied bombing there, “We were right there just outside of Cologne. I could see the twin church towers and lots of bombs falling….hundreds of aircraft. I didn’t know we had that many aircraft. We went on into Cologne the next day.”

As the Rhineland Campaign continued, LaFelt was awarded the Combat Infantry Badge on January 4, 1945 at Weishweiler, Germany.

Not all their time was spent in combat. As sometimes happened when there was a lull in the fighting, an occasional poker game broke out. Mr. Brannon remembered one particular game, “I had a good hand and me and one other guy were left. I told my buddy, ‘I’ll give you $100. to drop out without us showing our cards.’ He agreed to take the $100. and I took the pot which was $600. after I paid him off. I went straight to the Post Office and sent $300. to my Mom and Dad. They bought a pair of mules with the money and sent me a picture of them. I believe I blew the rest of the money.”

Later, in April, they were fighting near Dessau, Germany. The Germans surrendered Dessau on April, 21, 1945. LaFelt remembered seeing the Russians crossing the Elbe River, near Dessau. LaFelt’s squad of 12 men had a high casualty rate. He recalled, “Only three of my squad survived the fighting in Germany.” They were thankful when Germany surrendered on May 7, 1945. Brannon’s awards included two Purple Hearts, the Bronze Star and various campaign medals related to the European war. The Bronze Star was not awarded until 50 years later because his records were lost. The story of LaFelt’s lost medal was featured on WSFA-TV.

Pfc. Brannon returned to the States on July 11, 1945. After his discharge, he worked many jobs including cotton mill worker, truck driver and was a welder for the shipyard in Mobile and Dorsey Trailers in Elba. He was also a pulp wood worker, carpenter and farmer – and he says, a master of many. At the age of 78, LaFelt had to slow down due to health issues. He became an artist, painting local folk art. His work has been featured in several exhibits including the Lower Alabama Art Center in 2014. Some of his paintings were donated to help raise funds for the local Honor Flights. LaFelt traveled on the first Covington Region Honor Flight in May 2009. His art work has also been featured on WSFA’s County Road 12.

Mr. Brannon, who is now 99 years old, is a beloved member of Mill Creek Baptist Church. He was married to the late Lois Mitchell Brannon for 59 years. He has three children: Patty Brannon Sutton, Cathy Brannon [Hilton] Bozeman and Victor Charles [Rebecca] Brannon. He also has five grandchildren and six great-grandchildren.

[The author would like to thank Mr. Brannon’s daughter, Cathy Bozeman, for her help in bringing her father’s story to print] 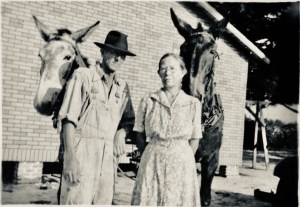 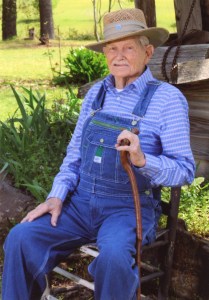 Captain Charles Leroy Thomas was the second black American to be awarded the Distinguished Service Cross during WW II. It... read more