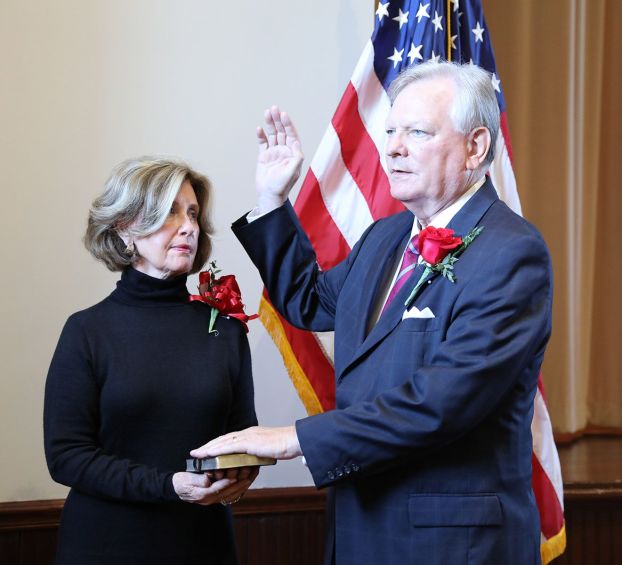 Mayor Earl Johnson and members of the Andalusia City Council took the oaths of office Monday for the new quadrennium.

The mayor pointed out how much the world – and this community – have changed since he first took the oath of office in 2000.

“In 2000, Google was new technology. The 9-11 attacks had not led us to a decades-long War on Terror. People smoked in restaurants,” Johnson said. “The Blackberry was the handheld device of the day, and we were seven years away from the first iPhone. Facebook, YouTube and Twitter had not yet been launched.

“Here in Andalusia, we had only begun to dream of the innovative ways we would enhance our community,” he said. “We began by improving East Three Notch Street with sidewalks and street lamps; we renovated this historic building in which we are meeting today as the new city hall; and we worked with the community to build a memorial tribute to the veterans who have so honorably served our country.

“That quadrennium, we created a model that we’ve used again and again throughout the city –  to improve all of our entrances; to find modern uses for our beloved historic buildings; to build infrastructure that enhances the quality of life; and to work with the community to build the community,” the mayor said.

Johnson said all that has been accomplished in his 16 years in office is the result of administrations setting goals and working together to achieve them.

“As we begin the new quadrennium today, I am proud of the body of work we have behind us, and excited about the work ahead,” the mayor said. “I thank you for the trust you’ve put in me by allowing me to continue to serve as mayor of this beautiful city. I pledge to you that we’re not done. We will continue to work toward goals for the next four years and beyond.” 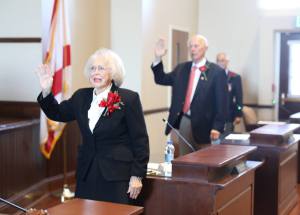 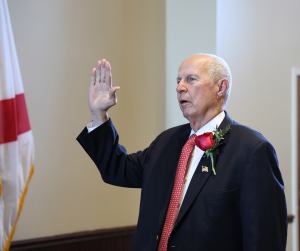 By: Donnamy Steele Andalusia has a new restaurant to fill the stomachs of its residents and several local restaurant patrons... read more