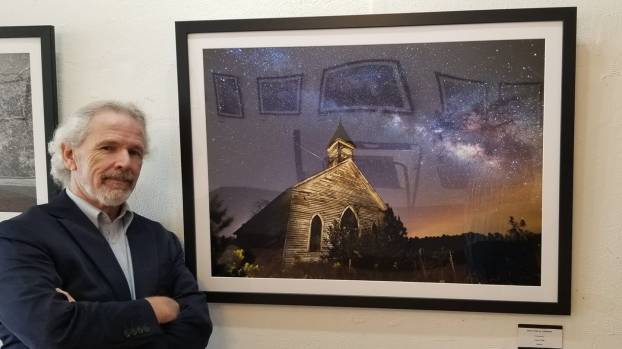 The Lower Alabama Arts Coalition is hosting a book signing and presentation by photographer Glenn Wills on Sat., Sept. 19.

Wills spent years searching for forgotten yet beautiful architecture throughout the state, leading up to his latest project. His book, Forgotten Alabama, is a collection of these photographs in celebration of Alabama’s 200th year as a state.

Gallery assistant Amy Bowers explained what guests can expect at the presentation and book signing on Saturday.

“Glenn will begin his presentation at 5:30 p.m. and we will have drinks and refreshments starting at 4:30 p.m.,” Bowers said. “There will be a PowerPoint presentation with his photography photos from all counties of the state, a project he’s been working on since 2013.”

Wills began his creative journey across the state in the 1970s but became more serious about it in 2013.

“He has covered over 50,000 miles to do so. He got into the old photographs back when he worked for a chimney sweep in the 1970s, where he saw a beautiful Victorian house covered in black and white photographs, which started getting him into the hobby,” Bowers said. “Later on when he worked for a television station, he noticed old cars and houses wasting away as they traveled and wanted to document them before they disappeared. This led to the Forgotten Alabama project in 2013.”

The book was released on 200 years of statehood and is called Forgotten Alabama. Wills also has two other books which will all be on display and available for purchase at the LAAC this weekend.

“He has two other books also on the forgotten theme, and all three will be available. We have his work in small prints, 11×13, and the front gallery is showing his work on display for the rest of the month. He’s really fun to talk to, interesting, and personable and we want to invite everyone, especially those interested in history, to see what he captured that was fast disappearing,” Bowers said. “Some are historically important structures, like the Allen Urquhart House which is the third oldest structure in Alabama, and the oldest still standing.”

Some local areas that were photographed by Wills and will be displayed at the LAAC are the old horseshoe mill and Huggins Mill Bridge, said Bowers.

“There will be local photos in the presentation. It is leaning more toward local history and has a little bit of everything,” Bowers said. “He has beautiful large scale photographs, both black and white and color, on display from gorgeous sunsets to abandoned windmills and the houses. There’s a variety, something for everyone.”

The PowerPoint presentation will consist of photos taken by Wills as well as backstories for each.

“There will be a wonderful PowerPoint presentation with all of the stories that go with the photographs,” Bowers said. “How he found them, what happened to them, what they meant and a story for them all as well as how some relate to local history. It’s interesting for history buffs and anyone who loves riding the backroads, and of course photographers.”

Bowers encourages everyone interested to stop by and meet Wills and view his work at the LAAC this weekend.

“The LAAC will be open all day on Saturday so come in and enjoy,” Bowers said. “We do ask that everyone wear a mask and hand sanitizer is on hand. We have plenty of room for everybody to be socially distant and still enjoy the show.”