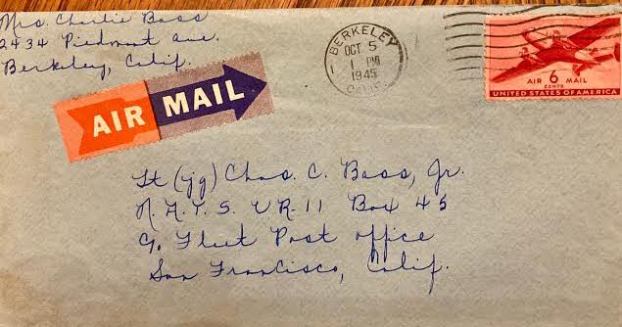 “I’m gonna sit right down and write myself a letter, and make believe it came from you. I’m gonna write words, oh,

so sweet; they’re gonna knock me off my feet. Kisses on the bottom. I’ll be glad I’ve got ‘em…”

This song is a 1935 hit song popularized by Fats Waller. It is one of several tunes featured in the Broadway musical, Ain’t “Misbehavin’.” It was later recorded as a major revival song in the 1950s by various artists including Frank Sinatra, Bing Crosby, Nat “King” Cole, Dean Martin, The Mills Brothers, and others. Growing up in the 1950s, I remember hearing “the letter song” on the local WCTA radio station. The family radio would be playing at night the hits of the day as we would be drifting off to sleep while waiting for the sign-off song at ten o’clock – “The Night Watch” sung by Jo Stafford. “So sleep, sleep in peace and rest; Don’t be afraid of the darkness; All’s well far over the land and the sea, God’s keeping the night watch for you and for me!” And He still is!

If you readers will stick with me, I will write in this column one more time about my mother’s World War II letters to my father who was out in the Pacific during the final months of the war. It is history and is tied in to not only national events but also local people who returned to Andalusia to establish a home and business. I am so glad she saved those letters. Where the ones are from Daddy to Mother, I do not know. They have not been found yet, but I will never give up looking for them. Maybe in a corner in his “cruise” box. Maybe tucked away in a duffle bag.

By early August 1945, American B-29s had bombarded major Japanese cities and sites. The atomic bombs had been dropped on Hiroshima and Nagasaki. In early September, the Japanese

officials had signed the surrender documents aboard the battleship Missouri in the Tokyo harbor. Service men stationed

out in the Pacific were expecting to be discharged from the

military soon. War brides who had accompanied their naval aviator husbands in the Naval Air Transport Service (NATS) stationed at the Alameda N. A. S. in San Francisco were anxiously waiting news of the orders their spouses would receive.
Here are some excerpts from September and October letters from my mother to my father. I will leave out the “mushy” portions!

“They say the sailors in San Fran just tore up the city. Those city officials are too embarrassed to even print what all happened as it’s horrible. They broke glasses in store windows and passed out all up and down the streets. Numerous soldiers on their way home from the war were killed in fights, etc. When the girls and I went out on the street to see what was going on and to celebrate like everyone was doing, two sailors held me and kissed me. It wasn’t a bit funny to me. To tell you the truth, it really embarrassed me to death. I hope you’re not mad but will understand that I couldn’t help it. We all ran back to the house after that.”

“The Navy has cancelled all liberties for a week, and there are no sailors on the street at all now. There’s no use in celebrating peace to such an extent, is there?”

“You wrote me about seeing the lights and the flares in Honolulu the night peace was declared. A picture of it is in today’s Oakland Tribune which I shall keep. Someday you’ll get a big kick out of showing our mementoes to our children.”

“I did a crazy thing this morning. I got downstairs about ten o’clock and discovered it was only nine o’clock as they’ve done away with war time. Read it in the newspaper last night, but, of course, I forget about it.”

“Every day I keep wondering if your orders have come. I’m keeping my fingers crossed. Sure hope your discharge papers get through soon, too. One pilot already here says there’s not much way you can get out of coming back from Hawaii to Oakland by boat, but if I know you, you’ll find a better way. We keep hearing that (Squadron) VR-11 is going to have to provide transportation for its boys, but no one knows whether that’s definite or not. You’d better climb on a B-29 and get here soon when these orders come.”

“John finished at the separation center in two days. He said when you go there, the intake center takes longer. John and Mary plan to leave about Monday. I hate to see them go. They’re planning on living in Jackson, Mississippi if he gets the airlines job he wants.”

“Joe and Jenny are going to live in Baton Rouge, Louisiana  so they’re thrilled to death. He is getting his orders today for a discharge. John and Margaret are leaving in the morning for his home in Minnesota. I really like them and hate to see them go. We all enjoyed playing bridge together at night.  John says he is sorta sad to be out of the Navy and to know you’re a civilian again. They told him he could wear his uniform until his leave is over and that is some time in January.”

“Now that I know you’ll be coming soon, I’m just getting all fluttery inside. While I’m writing this letter, Carmen Miranda, the ‘Brazilian Bombshell,’ is just murdering ‘Chattanooga Choo Choo’ on the radio. That song reminds me of you, because you like it so much. Aren’t your grandparents from Tennessee? I remember that you know all the words to that song!”

“In my mother’s last letter, she wrote, ‘Time brings about so many changes.’ That has been so true over the past four or five years. She says that she misses me so much and shudders every time she thinks how far away I am. Even though I have not been home to Alabama in six months, I am not going home without you. We will drive across the country together even if it is after Christmas. That is final! We can rest and recover in Andalusia and then go to Atlanta to see your family and resume your job with U. S, F & G. You will not get out of my sight for a long time.”

Reading these letters which number over 100 has occupied me for several weeks late into the night. It is awesome at how words of stories can transport you into another time and place as one Remembers When. I only wish I could ask them some questions that now come to mind. They were so young and in love. I am grateful for that glimpse in their lives. Maybe one day. 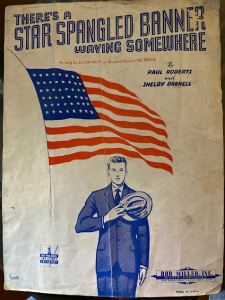 REMEMBER WHEN: Andalusians celebrate victory in the Pacific

Since this is the 75th anniversary of the end of World War II and V-J Day, this column is dedicated... read more