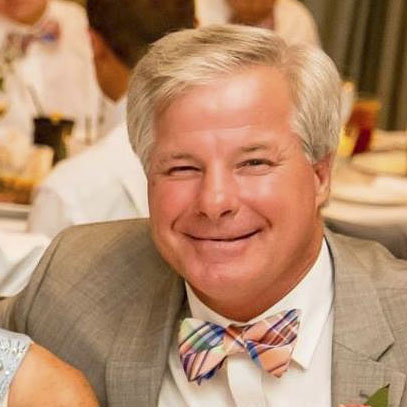 Steven Walker described Lea as a man of the highest integrity and an exceptional worker. Cooke was approaching his 29 year as an engineering and metering technician at Covington Electric.

“His work ethic was outstanding and he had the highest integrity. You did not have to watch him or worry about him always doing his job,” Walker said. “His character was exceptional.”

Walker explained that there are so many kind things he could say about Cooke, yet they would still be an understatement.

“He’s the one person you could count on to make you smile, no matter what kind of day you were having,” Walker said. “He would walk through fire with you. That was him.”

Cooke was a member at First Baptist in Opp and was very involved in the church, Walker said.

“That’s a big deal because if you asked him, the first thing he’d introduce himself as is a Christian and a believer in Jesus Christ,” Walker said.

Patty Singleton said she struggled to find the words to describe Lea because there are so many, but one thing that was really special to her was that Lea made everyone feel valued.

“It’s really hard to find the words to describe him. There’s just so many that it’s hard to put it in a concise way because he was so enthusiastic with everything he did,” Singleton said. “He was always so reliable. He was the go-to person for anything we needed, you knew it would be handled. He loved helping people out. He was very encouraging to everybody out here. If you were having a bad day, he noticed and he would go out of his way to make you smile.”

“He could sing. He had a beautiful voice and he sang a lot at church. He used to sing at some of our cookouts and employee gatherings after hours,” Singleton said. “He could go from Christian music to Southern Rock and never skip a beat. He was awesome.”

Lea’s family was a major part of his life, and he loved to show his coworkers and friends photos of his grandchildren, Singleton said.

“He adored his family. He would just light up when he would talk about his grandbabies or show a quick little video that his daughter or son would send him.”

Singleton said that everyone at Covington Electric will miss Cooke and his upbeat personality dearly.

“He was a true friend in every sense of the word,” Singleton said. “He’s going to be dearly missed.”

The Florala Wildcats (4-0) shut down the Georgiana Panthers in a 28 point lead game. The Wildcats received the kickoff... read more