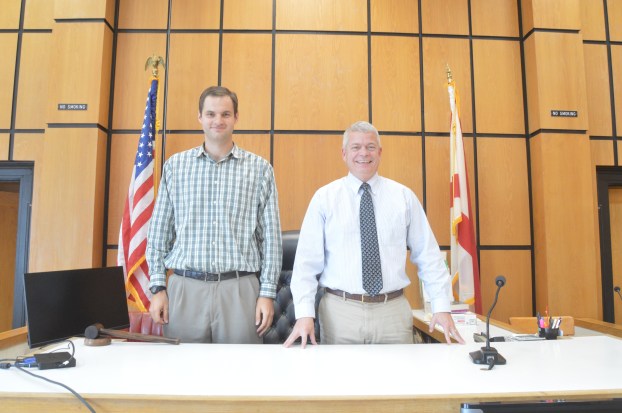 As a way to inspire young law students, Judge Ben Bowden created the Finch Initiative at the University of Alabama’s School of Law and its fourth student, Arkansas native Benson Chucketts, just completed his internship under Bowden.

Bowden hopes that the Finch Initiative, named after the fictional character Atticus Finch from the Pulitzer prize-winning novel, To Kill a Mockingbird, will acquaint young lawyers with the notion that the practice of law in towns like Andalusia is both noble and rewarding.

“The contributions such a lawyer makes to his community are up close and personal, as the clients, opposing counsel, jurors and judiciary will be encountered nearly every day in some ordinary walk of life,” Bowden said. “As Justice Robert H. Jackson stated, the county seat lawyer ‘was not popular in [the] community, but was respected. Unpopular minorities and individuals often found in him their only mediator and advocate… He lived well, worked hard and died poor.’”

Chucketts said he got into law because he wanted to help people.

“I really like business, but I know with a business degree my options are limited,” Chucketts said. “If I pass the Bar Exam, I can actually do things for people that they can’t do with just a business degree. I may want to go into business type law, but that’s the reason I’m here doing this internship. I get to see what my options are because I haven’t really been exposed to everything.”

The attractiveness of living in a small town is what got Chucketts to apply for the Finch Initiative.

“My wife and I certainly want to live in a smaller town,” Chucketts said. “So with this internship, I got to see what small town law is like and what exactly it would entail. I have two more years of school, so doing this will help me decide what that end goal will be.”

While in the internship, Chucketts said he was able to see how much the courtroom is influential on peoples’ lives.

“Just by following around the attorneys that work in Andalusia, I got to see how much work goes into it,” Chucketts said. “They were all so personable. You definitely have to be a people person to be a lawyer here.”

Chucketts said compared to his hometown in Arkansas, Andalusia is not much different.

“My whole family really enjoyed Andalusia and Covington County,” Chucketts said. “There were people helping us out all along the way. We went to the farmers markets, met with the different attorneys and just had a great time. I am very impressed with Andalusia, because it is an old southern town, but it is still very vibrant. Some other older southern towns, you can see that they are just wilting, but that isn’t happening here in Andalusia. I just want to say thank you to the community for the experience.” 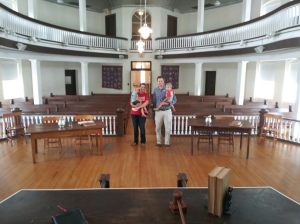 Chucketts, his wife and his two children in Monroeville, where To Kill a Mockingbird was inspired.

By: Donnamy Steele Internet sales in Alabama have skyrocketed, making it the third fastest-growing sales in the country according to... read more