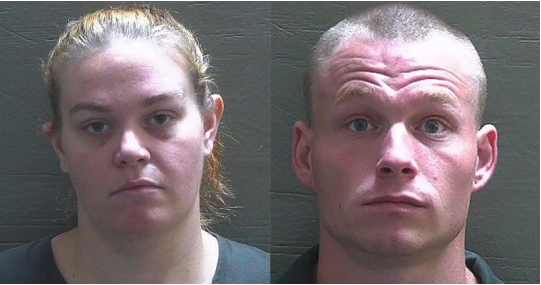 A Red Level woman was arrested this week for her alleged involvement in the breaking of a 4-month-old baby’s legs.

Dustin Raymond McMurdy, 27, of Century, Fla., was previously arrested and charged in the incident.

McMurdy faces charges of first-degree felony aggravated child abuse and was held on a $100,000 bond.

According to police records, X-rays taken showed the infant had fractures to her femur on both sides of her body.

A statement from an investigator with the Florida Department of Children and Families to the Escambia County Sheriff’s Office said that the hospital the child was taken to found that the injuries the child sustained were consistent with child abuse and that it was possible the child’s legs had been pulled.

The sheriff’s department believes the child’s fractures occurred during an altercation between the two adults.

FOOTBALL TO START ON TIME: Head coaches react to AHSAA guidelines for season

In March, COVID-19 shut down sports for good in Alabama, but after four months, the Alabama High School Athletic Association... read more