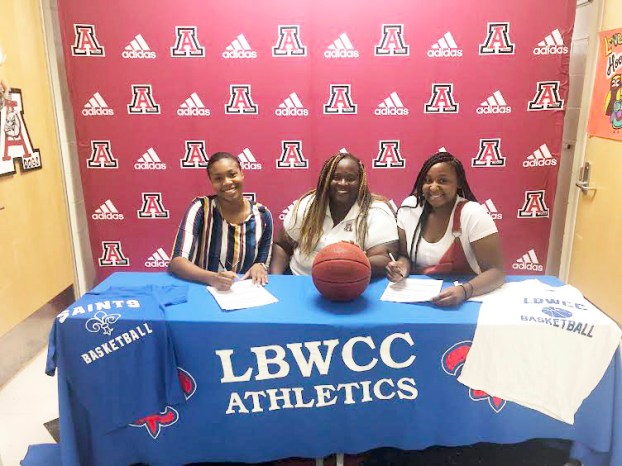 Thomas said she decided on LBW because of the location.

“I didn’t want to be too far away from family,” Thomas said. “It is also a lot cheaper and I would be able to save a lot of money.” 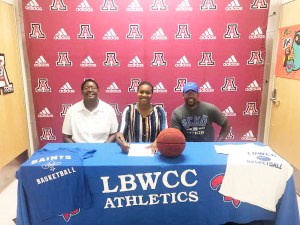 From a young age, Thomas said she wanted to play basketball at the next level.

“I wanted to keep continuing my basketball career ever since I was little,” Thomas said. “I want to get as far as I can go.”

She said that her senior basketball season was tough, but an adventure.

“Every single year since middle school we basically had a new coach,” Thomas said. “Every year it has been hard to adapt, but with a female coach this year it was a good   adventure.”

Looking forward, Thomas said she is excited for the new experience.

“I hope to talk to the players that have been there and get their advice on their experiences,” Thomas said.  “I hope that will get me through my experience. I’m just ready to play.”

20 years ago, Thomas’ mother signed to play basketball at LBW, as well and Thomas said it is a heartfelt moment.

“It feels good because I really do look up to my mom,” Thomas said. “When she tells us that she is proud of us, it touches me because she has gone through this before.”

Thomas plans on studying to become a social worker.

Before Reed received her basketball scholarship, she said she was already planning on going to LBW.

“It is just closer to home,” Reed said. “I knew that I didn’t want to go off to college because I knew I would be right back home the next semester.” 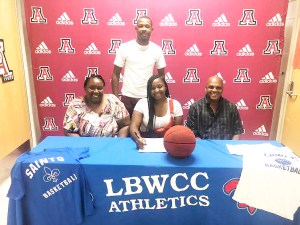 Basketball is something that has always been around Reed, which is why she wants to continue her career.

“It’s just something that I wanted to do,” Reed said. “I started playing in fourth or fifth grade and it just stuck with me.”

Going forward, Reed said that she is a little nervous.

“We are going to be freshmen again,” Reed said.

Reed said her senior year went well and that Vivian Willis was the best coach that she had during her high school career other than former AHS head basketball coach Harrison Mims.

She said she plans on hitting the gym to prepare for the next level.

“I plan to work hard and get in the gym more,” Reed said. “Just put up as many shots as I can to get better.”

Reed plans on studying to become an ultrasound technician.

Willis said that her two former players are a good fit for LBW because it is a smaller college.

“It is a local, home college and they need that home experience for the support because girl’s sports don’t get that much support anyway,” Willis said. “Their moms were at every ball game and these girls just deserve it because they have played since seventh grade. They deserve to go on to the next level. Their grades are ready, their mentality is ready and they graduated from Andalusia High School, so we know they are ready.”

On the court, Willis said Thomas has a mean game and Reed responds well to the vibes of the other players.

“Shalisa takes care of business,” Willis said. “Symone feeds off of the energy that other people bring to the court. So, I think Symone will dominate down-post. Both of them are junior college-ready and I do believe after these two years, they will be going somewhere else.” 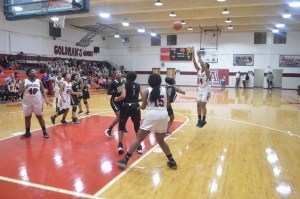 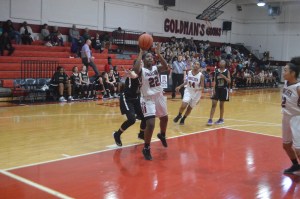 By: Donnamy Steele One 2 One Elite Fitness, formerly known as CrossFit Andalusia, has announced the renaming of their gym.... read more