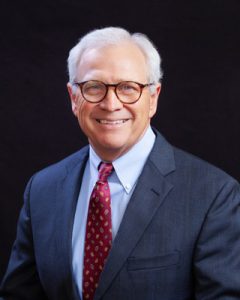 Henderson joins APGA Board of Directors

The American Public Gas Association (APGA) has appointed Greg Henderson of Southeast Energy Authority, to its Board of Directors.

Henderson was appointed on July 23 during the virtual 2020 APGA Special Meeting, held in lieu of the association’s Annual Meeting, where he began a three-year term.

Henderson is also a past Chairman of the APGA Board of Directors. APGA is a national, not-for-profit association representing over 700 publicly-owned natural gas distribution systems in 38 states.  APGA is the only trade association that solely represents the interests of public natural gas systems at the federal legislative and regulatory level.

“Mr. Henderson brings to the APGA Board of Directors many years of experience working in the natural gas industry.  His leadership ability and knowledge of energy issues, especially with natural gas utilities, will serve our members and industry well,” APGA President and CEO Dave Schryver said. “APGA is pleased to have Mr. Henderson on the Board of Directors as we enter an important time here in Washington.  With the many natural gas issues our industry faces in Congress, the administration and federal agencies, public natural gas systems are presented with numerous challenges and opportunities. Our current supply projection provides our country with a unique opportunity to utilize our domestic natural gas resources to reduce our energy dependence, increase overall energy efficiency, and decrease greenhouse gas emissions.  Mr. Henderson understands the issues we face, and APGA looks forward to his leadership and guidance over the next three years to meet these challenges and to address the needs of natural gas consumers.”

Henderson was appointed Southeast Gas’ President and Chief Executive Officer in 2006. Henderson joined Southeast Gas as Director of Finance and Administration and Chief Financial Officer in 1998. Prior to joining Southeast Gas, he was employed by PowerSouth Energy for 12 years and PriceWaterhouseCoopers LLP in Birmingham for 3 years. He currently serves as Immediate Past Chair of American Public Gas Association (APGA) and on the Boards of Economic Development Partnership of Alabama, Auburn School of Accountancy Alumni Advisory, Easter Seals of Alabama, and CCB Community Bank. He is Past President of Alabama Natural Gas Association, Andalusia Chamber of Commerce, Andalusia Rotary Club, and LBW Community College Foundation. Henderson is Certified Public Accountant, and a graduate of Auburn University with a degree in Business Administration/Accounting.