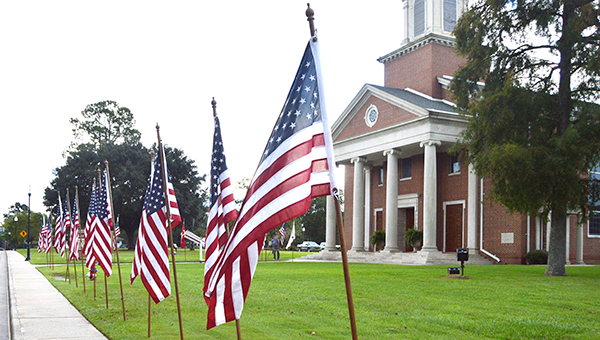 Memorial Day is about remembering the fallen

Monday, May 25, 2020  is Memorial Day. Many people confuse Memorial Day and Veterans Day. Our country spends time on both holidays, honoring the many veterans who have served in the military services.

Veterans Day is  always Nov 11, and was originally Armistice day, which commemorated the end of WW I. On that day, our country honors all men and women who have served in the United States military.

On Memorial day, we remember and honor those men and women who died while in the military service of our country, particularly those who died in battle. We memorialize those veterans who made the ultimate sacrifice for their country. In many cases, that veteran still lies in some far off cemetery,  overseas. Many thousands of Navy veterans were buried at sea, either formally or when their ship sunk. For those in cemeteries, it is customary to decorate the graves with American flags and flowers.

The first recognized Memorial Day was actually called Decoration Day and took place on May 5, 1868. Union Gen. John A Logan, the leader of a group of Northern Civil War veterans, called for a nationwide day of remembrance. The General proclaimed, “The 30th of May, 1868, is designated for the purpose of strewing flowers, or otherwise decorating the graves of comrades who died in defense of their country during the late rebellion, and whose bodies now lie in almost every city and hamlet churchyard in the land”. On the first Decoration Day, Gen. James Garfield made a speech at Arlington National Cemetery, where some 5,000 people gathered to decorate the graves of the 20,000 Union and Confederate soldiers buried there.

In the South, the states of the Confederacy established Confederate Memorial Day in April.

The wearing of a red poppy has traditionally been done on Memorial Day in the United States, even though the origins of the poppy date back to the end of WW I. The red poppy was made famous in the poem, “In Flanders Fields”, written by Canadian soldier and physician, John McCrae. After witnessing poppies springing up all around the battle fields surrounding his artillery position in Belgium, McCrae was inspired to write the now famous poem in 1915.

In Flanders Fields” by John McCrae

In Flanders fields the poppies blow

Between the crosses, row on row,

That mark our place; and in the sky

Scarce heard amid the guns below.

We are the Dead. Short days ago

Loved and were loved, and now we lie

Take up our quarrel with the foe:

To you from failing hands we throw

The torch; be yours to hold it high.

If ye break faith with us who die

We shall not sleep, though poppies grow

On this Memorial Day 2020, please remember, with gratitude, all the military service men and women, who paid the ultimate price for our freedom.

MINISTERING TO THE DEAF