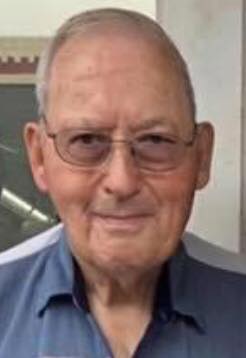 Henry Wiggins, the former owner of Wiggin’s Barbershop, passed away earlier in the week and some of his friends spoke about how he will be remembered in the community.

He was a beloved member of the Andalusia community and provided people with an opportunity to grow friendships and get a haircut at his barbershop.

“He was a man of great integrity—well respected,” said Don Cotton, president and CEO of Turf Pride.

Wiggins had been a part of the Andalusia community for many people’s whole lives.

He began employment at McMillian’s Barber Shop and worked there until Feb. 27, 1956, when he began employment with Purvis Gilmer at Gilmer’s, located at the present location, 103 South Cotton Street, in Andalusia.

“He’s been our [Cotton’s family’s] barber for five generations,” said Cotton. “There’s a picture of my granddaddy, daddy, me, my son, and my grandson in his barbershop.”

Like many others in Andalusia, Brooks and Cotton had many fond memories of Wiggins.

“My best memory [with Wiggins] was witnessing my son’s and then my grandson’s first haircuts,” said Cotton.

“He was a historian not only of the [Andalusia] area but of tools,” said Cotton. “He’d bring in and keep some [old tools] in the shop and would rotate them out ever so often with the ones…at his house. He’d have people guess and you’d go a haircut or two before he told you what it was and what it did. That was part of his personality, joking with customers.”

“Mr. Jimmy Utsey—he used to own an insurance company way back when—got his hair cut every week and you couldn’t tell if his hair ever grew,’ said Brooks. “Henry Wiggins cut his hair for 30 years.”

“I’ll miss his smile, his pleasant demeanor,” said Brooks. “He was just a wonderful person to talk to and be around.”

“I think it’s his laughter, his love for life and for fellow man [that I’ll miss the most],” said Cotton.

“He gave each of his clients the same amount of attention,” said Cotton. “He’d spend just as much time cutting a bald man’s head as on someone with hair down to their shoulders.”

“A barbershop is a great place for people to visit,” said Brooks. “The community is much stronger because of small businesses like his barbershop.”

“You always looked forward to not only getting a haircut but also talking with Mr. Wiggins,” said Cotton.

“He was a listener,” said Brooks. “The world needs more listeners. You could just talk forever and he’d just listen.”