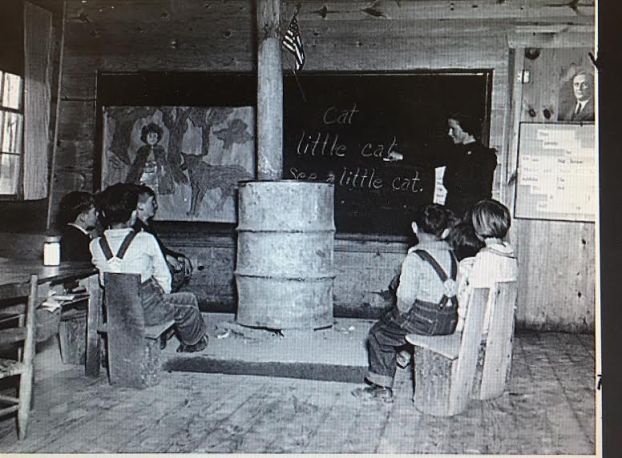 Remember When: Great Depression in the Deep South

Great Depression era stories always inspire those of us in the Deep South to appreciate our lives today. One story came to my attention recently that I will share with you readers.

Herb Carlisle, Andalusia resident since January 1984, has been writing a manuscript about his life, “From Poverty to Lower Middle Class.” This book will be published soon. Born in 1928 near Gilbertown, Alabama (Choctaw County) in the Sugar Ridge Community, he was the 7th of 8 children. The family lived in a 4-room log house with no insulation, no indoor plumbing, telephone, or electricity.

“Most people around us were dirt poor as we were, but we didn’t realize it. Not until we were along in school and reading books that we realized there was a better life out there,” Carlisle wrote in his book of memories.

“The only heat our family had was from a fireplace. Standing in front of it, you could be hot on one side and cold on the other. The floors had cracks between the boards so you could see the ground underneath the house. Looking back, I don’t see how we survived. We slept under heavy quilts so heavy we could hardly turn over. The boys shared a bedroom, and the girls had the other room sharing beds.”

During the Great Depression, Herb’s dad would work at any job he could find in order to make a living for his family. He and his children would farm, plant a garden, can tomatoes, beans, corn, potatoes, etc. They had two milk cows which were milked before he and his brothers went to school. They also had chickens and eggs. On the farm they grew corn, cotton, cane, and peanuts. The harvest of cotton brought in about $300.- 400. dollars per year.

“Dad worked at a sawmill for 50 cents a day and sometimes on the county roads after the crops were laid. None of those jobs were permanent. Our mode of transportation was a horse drawn wagon. I remember going to an aunt’s funeral on the wagon since it was about 4 miles to the cemetery.”

“Our breakfast staple was syrup, butter, and biscuit. We only had eggs 2 or 3 times a week. We raised hogs for meat and had a smokehouse where a meat box held meat covered in salt. We always had a ham for Christmas. Because we got no toys for that holiday, we generated them. A simple sling shot, playing with a neighbor’s ball and bat, or swimming in the creek (skinny dipping) was our entertainment. However, we did get an apple, an orange, dried raisins, and some candy for Christmas.”

“My earliest thoughts of childhood were crying to go to school with the older kids.”

“About 50 yards up the hill from the house, we had a dug well. Water had to be drawn and carried to the house for cooking and bathing.”

“When I was 8 or 9 years old, Dad and a friend who had a sawmill finally built a 6-room house for our family, The heater was a 55-gallon drum. There was no electricity until I finished high school and left home. I did my studying by a kerosene lamp.  Today there is a beautiful dark red brick home where our little house stood.”

“My education began at Toxey, Alabama in West Alabama, the consolidated school nearest Gilbertown, a 4-room schoolhouse. In 1934, Toxey had one service station and one grocery store. There were grades primer through 6th grade, the student body consisted of about 180 children. We lived about 5 miles from the school and had to ride a bus with a wooden body and wooden benches for seats. My cousin was the first grade teacher and my uncle Obadiah Carlisle was the principal.  Each morning we had chapel where someone would read some scripture after which we would sing some patriotic songs and have a prayer. There were outdoor privies for the boys 40 to 50 yards from the school and some for the girls in another location. I graduated from the 6th grade on April 4, 1941.”

“My early years were during those hard times of the Great Depression when things were tough. There was not much money floating around!”

“My family grew up in and attended the Mosely Bridge Congregational Methodist Church which was about a mile from our home. The membership was about 100. In 1938 we had a circuit rider for our pastor, because there was a shortage of preachers. A circuit rider might pastor 3 or 4 Methodist churches.”

“One Sunday afternoon, a group of neighborhood boys thought they would pull a stunt on the pastor by bringing water in buckets to this red clay hill which the preacher had to go up to get to the church. They poured gallons of water in the ruts to make them slick. When the pastor arrived at the hill, his old Model T Ford just couldn’t make it to the top, because it was so slick. The wheels would spin so the boys would have to help push the car, because it didn’t have much power. He finally made it to the top of the hill and went on his way. It was all in fun!

“They eventually drilled on our land in 1967 and that well was producing 350 barrels a day. By that time, Dad had passed away. The well would have made life so much easier for Mom and Dad. For the next 20 years the well brought in a total of $240,000. which was split 9 ways. None of us got rich but it helped a lot.”

Today there is an historic marker that reads, ‘FIRST OIL WELL IN ALABAMA – …The discovery of this well led to the creation of the State Oil and Gas Board of Alabama in 1945 and to the development of the petroleum industry in the state.’”

“Gilbertown Jr. High School was a pleasant experience. Grades 7, 8, and 9 had about 200 students. In 9th grade, I was in a play, ‘Betty Jane from Pumpkin Lane,’ but I never had a yearning for acting before or after the play. My sister Hilda bought me a suit to wear. It was kind of an introduction for public speaking that helped me in life especially when I got involved in politics. (*Note – Herb Carlisle later went on to serve as a City Council member and Mayor of Fairborn, Ohio before he retired and returned to Alabama.)”

“Then it was on to high school at Southern Choctaw High School at Silas, Alabama, also near Gilbertown. There were about 125 students in 9th through 12th grades. We didn’t have Senior proms. The country people of that day thought it was wrong to dance. Instead, we had a Senior Banquet. Our graduation was May 7, 1947. My parents didn’t attend, because they didn’t have transportation for the approximate 11-mile journey.”

When Carlisle was 14 years old, one of the messages at a Methodist revival spoke to him and made him realize he was not living for the Lord. In a pea patch the next day, he knelt and prayed to the Lord to forgive his sins. He promised to the Lord that he would try to follow Him the rest of his days.

“Although I have fallen short of serving Him many times, I have asked for forgiveness. He is just to forgive 70 times 7, the Bible says!”

Carlisle served as the Minister of Senior Adults at First Baptist Church for many years during his retirement. A 90th birthday party celebration was held in his honor in 2018. He is the last of his brothers and sisters to still be living in 2020. A Korean War veteran serving as a medic, Carlisle went on to a successful business career. He and his first wife had two children, Nancy and Gary. Jeanette Searcy who has now passed away was a native of Andalusia. Several years later after her death, he was introduced to his present wife Sue, a lovely and dear Christian woman.

One last tidbit of Carlisle family history. Herb’s grandfather Carlisle was in the Confederate Army. He had a hand shot off in the war and had been a prisoner of war for almost 3 years in Madison, Wisconsin and Camp Douglas near Chicago, Illinois. He never knew his grandfather since he died in 1916 but was

enthralled by the stories told about his grandfather by his grandmother.

It has been a pleasure to read Herb Carlisle’s book and share some of his early memories of growing up in a small Alabama town. He states that he is a member of the Choctaw County Historical Society and is a supporter of their local history museum. Let me urge Covington County residents and former residents to write their family history and to join the Covington Historical Society and support the Three Notch Museum. Dues are only $25. per year, $40. family membership, and may be mailed to CHS, P. O. Box 1582, Andalusia, AL 36420.  When you readers Remember When, your remembrances when written down can become treasures. 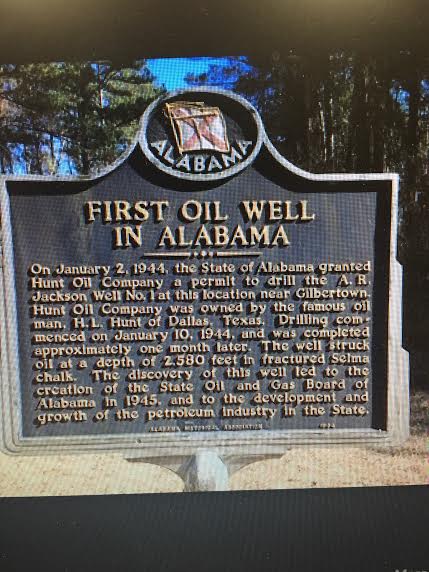 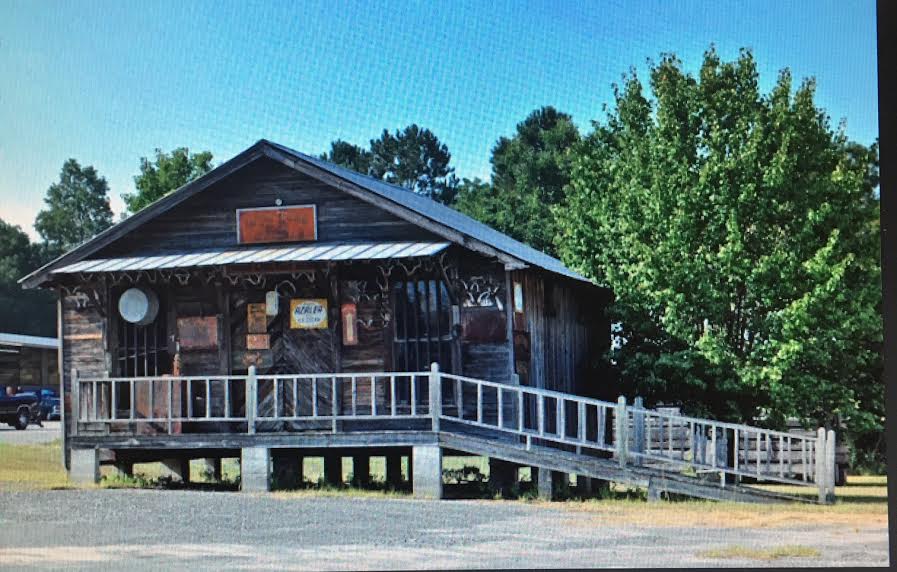