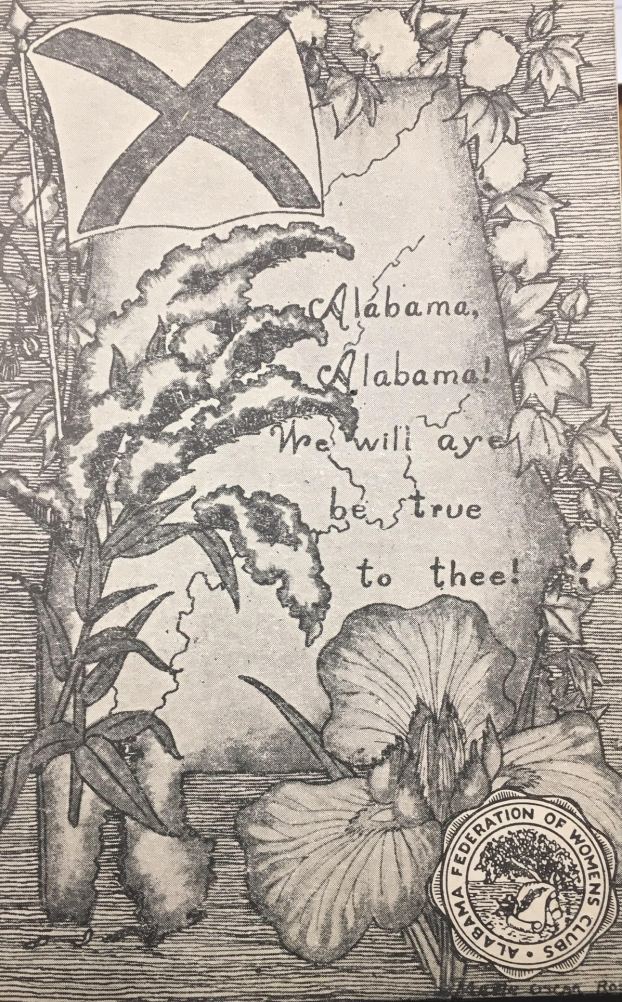 Remember When: Historic postcards from the Three Notch Museum collection

With the Alabama Bicentennial celebration (1819-2019) now over, I hope that you readers learned as much as I did about the great state of Alabama and its history. It was my pleasure to present a weekly “Bicentennial Spotlight” on local radio featuring famous and some not so famous citizens with Alabama roots as well as hallmark places of historical significance.  Some of these included movie stars, football, basketball, and baseball players, coaches, authors, architects, engineers, attorneys, politicians, songwriters, scientists, athletes, suffragists, educators, musicians, beauty queens, artists, folklorists, civic leaders, physicians, business people, native Americans, and civil rights leaders.

I would like to conclude my “Bicentennial Spotlight” collection with an important historic location in the state known as Cahaba. Although the first “territorial” capital was in St. Stephens north of Mobile in Washington County between 1817 and 1819 prior to Alabama becoming a state, the first permanent “state” capital of Alabama from 1820 to 1825 was Cahaba located at the confluence of the Alabama and Cahaba rivers. Cahaba was also the county seat of Dallas County until 1866.

Because the village suffered regular seasonal flooding, the state legislature moved the capital to what was considered a better location, Tuscaloosa, in 1826.

Governor William Wyatt Bibb had reported in 1819 at Alabama’s 1st constitutional convention in Huntsville that the town Cahaba had been laid out on a grid system with streets named for trees (Oak, Vine, Pine, and Chestnut Street) and famous men. By 1820 Cahaba had become a functioning state capital. By 1821 Cahaba had about 1,000 inhabitants compared with around 600 in Montgomery at the time.

The village in the wilderness grew rapidly after the construction of the capitol building and the laying out of the street plan modeled after that of Philadelphia. No known picture exists of the building, but it is believed to have been an imposing two-story structure topped by a copper dome that was an impressive sight to settlers in the area.

This bustling new metropolis on the banks of the Alabama River soon boasted numerous stores, a state bank, several hotels, two ferries, a school for women, a number of mansions built by successful planters and merchants, several physicians, eight lawyers, and two newspapers.  Two of the state’s first steamboats, the Tensas and the Harriet, were navigating the Alabama River signaling the importance of river transportation to the town’s future.

Cahaba received many visitors including legislators, lawyers attending state and federal court, wealthy planters, and others seeking to do business with the state. One of the most distinguished visitor arrived in 1825 with much pomp and circumstance, the Marquis de Lafayette, aging hero of the American and French Revolutions who was on a triumphal tour of the United States.

He arrived in Cahaba aboard the steamboat Anderson with bands playing and patriotic colors flying. Greeted by a ceremonial arch, cheering throngs, ringing bells, and booming cannons, he was honored with a public barbeque followed by dinner and a ball hosted by the affluent citizens of Cahaba. It is recorded that the state spent $17,000. to entertain Lafayette which was considerably more than it had spent on its own capitol building at Cahaba.

Soon after Lafayette’s visit, the Alabama General Assembly convened for its 1825 session that would decide Cahaba’s fate as the permanent capital. Cahaba had lost its most ardent supporter Governor Bibb who had died in 1820 from injuries suffered when he fell from his horse. Although the showdown was close, the Tuscaloosa advocates citing frequent flooding and health issues in Cahaba were able to pass a bill ordering removal of the capital to Tuscaloosa effective February 1, 1826.

Many citizens left, but the town struggled on.

The Black Belt began to attract wealthy cotton planters as river traffic continued to increase. Cahaba rebounded in the 1840s and 1850s as a center of commerce. Dallas County became the wealthiest county in the state. Many magnificent homes were constructed in the Cahaba area. A renowned school for girls was established. Many social festivities and balls were held.

The death knell for Cahaba sounded with the advent of the Civil War when the town lost its railroad terminus and in 1866, the county seat was removed to Selma after another major flood in 1865. Cahaba’s population dwindled to about 300 by 1870. By 1900, most of the grand old buildings were gone. Many of the ruins were sold for scrap and many of the old bricks were used to construct houses in Selma.

Today, there is little visible evidence of this once bustling and significant city in Alabama’s first state capital. The settlement became defunct and is now considered by some to be a ghost town and is included in a 1977 book, “Dead Towns of Alabama” by W. Stuart Harris, University of Alabama Press.

Cahaba has been the setting for many ghost stories during the 19th and 20th centuries. One story in particular was recorded in Selma writer Kathryn Tucker Windham’s “13 Alabama Ghosts and Jeffrey.”

Underneath the remains of the large village occupied according to archaeologists by mound builders of the Mississippian Period (100-1550 AD), those cultures would evolve into the Native American Creeks, Choctaws, Chickasaws, and Cherokees. The name Cahawba or Cahaba is thought to come from the Choctaw word meaning “water above” or a Creek word for the native “cane” that covered the river valleys. It is believed that a Choctaw town of considerable size existed at the site in the early 18th century. With the defeat of the Creeks in March 1814 at Horseshoe Bend, the lands in the valleys of the Alabama and Cahaba rivers were opened for white settlement.

In 1926, the Cahaba Memorial Association sponsored riverboat pilgrimages to Cahaba to promote preservation of the site’s cemeteries, ruins, and remaining structures.

By 1943, the state had created the Cahaba Historical Commission to manage preservation projects at the site, but lack of funding and authority made it impossible to prevent the increasing loss of structures to vandals and the elements.

The site was added to the National Register of Historic Places in 1973, and in 1975, the authority was transferred officially to the Alabama Historical Commission which now maintains the site as the Old Cahawba Archaeological Park.

The park includes a welcome center and education room, picnic area, hiking trails, interpretive signs, and a nature trail. Visitors can walk on the deserted streets, peer into the remnants of slave cabins, see the striking remains of once-great houses, and may observe one of the once deepest artesian wells in the world (the Perine Well), collapsed cellars, chimney ruins, old cemeteries, columns of long-decayed mansions, and the remaining foundations of the Cahaba Federal Prison.

Unofficially known as Castle Morgan, more than 3,000 Union soldiers were imprisoned during the Civil War from 1863 to 1865. The site was lost until 1986 when an archaeological dig found the foundation along with other evidence of the prison. An historic marker today commemorates the location.

The Cahaba Foundation, a group of interested people founded in 2008, serves as a fund-raising arm to purchase land surrounding the park and to make improvements for continued maintenance.

I Remember When Andalusia resident and nearby Safford, Alabama (Dallas County) native John Givhan led a local tour group from the First Baptist Church on a day trip to visit Cahaba just a little west of Selma. It was quite interesting with the definite feel of a ghost town yet an essential “piece in the puzzle” of Alabama history.

I love Michelangelo’s quote etched in a paperweight 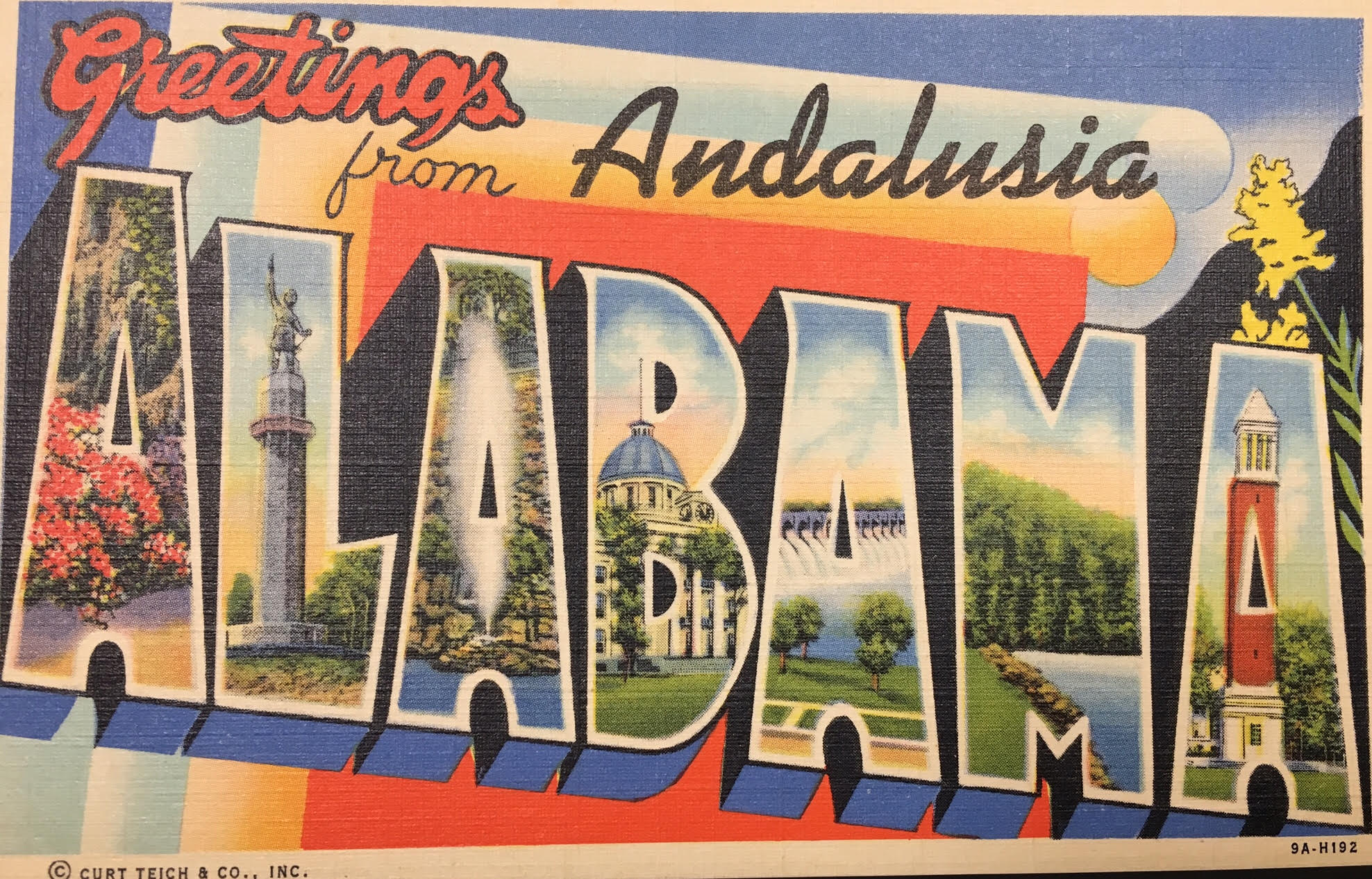 on my desk that reads, “I AM STILL LEARNING.” It has been a pleasurable experience to learn much during this Alabama Bicentennial year. My sources for this column were The Encyclopedia of Alabama and Wikipedia.

REMEMBER WHEN: BICENTENNIAL BELLS ACROSS ALABAMA

A church bell in the Christian tradition is a bell which is rung in a church for a variety of... read more