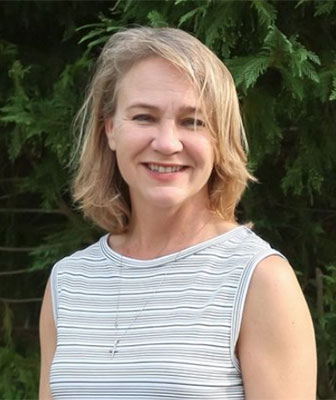 Spurlin, who is the AHS media specialist and Peer Helper sponsor, received the 2019 Difference Maker Award, which recognizes the most outstanding educator facilitating FOCUS in Alabama. FOCUS began in an effort to expand prevention of adolescent risk behaviors from a selected group of peer helpers to all students interested in making a difference in the school. It was founded in Jackson County, and has expanded to all 67 Alabama counties.

The Difference Maker Award was created to honor those whose passion, enthusiasm, and leadership have resulted in real successes in the prevention of adolescent risk behaviors in their school and community.

Spurlin said that she strives to help teens avoid risky  risk behavior because it is so easy to make a mistake that students can’t shake.

“There are some mistakes that we can make that we can come out of unscathed with no addictions and no scars,” Spurlin said. “But there are some mistakes that really hang with us, and if a kid starts using a substance, whether it’s alcohol, tobacco, pot or meth even, it really doesn’t matter what it is, but if a kid starts using recreationally or as a dare, the chances of them developing an addiction that they will have for the rest of their lives is very real.”

A lot of the mistakes that kids make that go along with these risk behaviors occur because people aren’t talking about them, Spurlin said.

“There are several reasons,” Spurlin said. “One for instance, there are several parents that say, ‘Oh, well I drank in high school. It is just the right of passage,’ but just because that parent didn’t develop alcoholism or that parent wasn’t involved in a car wreck doesn’t mean that their kids and other kids won’t.”

There is a big difference between living a good quality of life and living life, Spurlin said, and there are several mistakes that can affect that quality of life.

“People fail to recognize that quality of life is really what makes life worth living,” Spurlin said. “If you’re in a wheelchair for the rest of your life, and you’re watching your friends run around and do things, your quality of life has depreciated greatly.”

Spurlin said she wants to protect students’ lives because she believes that God has a purpose for each and every person.

“I will cry telling you this, because it is the real truth,” Spurlin said. “I just truly believe that God has a purpose for every single person in this world. I mean, I had a sister who was killed in a car accident and my other sister has brain cancer. I just think, ‘OK, God is telling me that that there is something that I’m supposed to do.’ In my world, I want to be the very best wife and mother that I can possibly be, the best sister and daughter I can possibly be, and as things trickle down, I can’t just come to work and not give my all.”

When Spurlin goes to work, she said that she gives her best for her students every day.

“I can’t just come here and do my time,” Spurlin said. “I see a need for kids that need to be recognized, who need to know that cigarettes can be fatal. The kids get tired of the don’t do this, don’t do that, without any explanation. They want to know why. I mean, it has been 50 years ago since I was a teenager, but I remember not wanting to hear my parents say, ‘Don’t do it because I said so,’ I wanted to know why and I guess I still do to a certain extent. That’s why I want to tell the kids why you don’t do these things.”

For Spurlin, being there for the kids is one of the most important parts of her job.

“I don’t expect a pat on the back, or any gratitude,” Spurlin said. “If anything, it is more of an intrinsic reward because it makes me happy to know that I can be there for a kid, or help a kid get clothes. My dad always said, ‘If you’re going to do anything, do it right,’ and that is a big part of who I am. I feel like in education, it’s not just academics and certainly not just athletics, it is the whole person. Teenage kids have mental health issues, too many kids have bad situations at home, too many kids don’t have somebody who says, ‘Hey, I care about you,’ and I think our faculty does an amazing job of reaching out to kids and developing healthy relationships. It is something Dr. Shakespeare stresses because these kids need to know that somebody cares. In my mind that is part of my job. I just don’t want to see somebody graduate high school and then become an addict.”

When asked how she felt about receiving the award, Spurlin said that it isn’t about her, but it is about the kids.

“Our students are the difference makers,” Spurlin said of her Peer Helpers group. “I think it is about these 48 high school students who are willing to stand in front of their peers and talk about what it means to have good self confidence, what it means to be in a healthy relationship whether it is romantic, platonic or familial, and what it means to make good choices. I think maybe my purpose is to help these kids recognize what good choices are. Everyday I just ask God what my purpose is really and truly.”

Spurlin has been teaching for 22 years. She has a bachelor’s degree in English from Auburn University in Montgomery, a master’s in secondary English education from Troy University and a master’s in library media science from the University of South Alabama.

She and her husband, Bill Spurlin, have two daughters, Belle and Brynne.

Straughn High School alumnus Andrew Hartzog wants to become an optometrist to make a difference in the lives of children.... read more