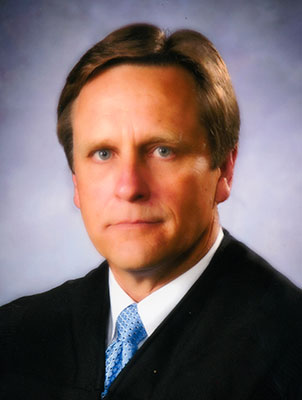 Short: Mental health facility will only be used for criminals

By Letter to the editor

The Secure Mental Health Treatment Facility being proposed for Covington County will not be used to treat local persons suffering from mental illness unless they have been arrested and are facing criminal charges.

I recently appeared before the Covington County Commission to voice my concern about the locating of a secure Medical Facility in our Community.

In order to really understand the issue, you must understand that the proposed facility will only be used for individuals from somewhere across the State of Alabama who are both mentally incompetent, as that term is defined in Rule 11.1 of the Alabama Rules of Criminal Procedure, and who have also been charged with committing a crime. Anyone who is under the belief that the proposed facility will be used for our local citizens who are not charged with committing a crime has been misinformed.

Facilities such as the one being proposed for the treatment of criminal defendants and other treatment facilities that are to be used by people suffering from mental illness who are not charged with committing a crime, are both severely needed all across our state, including here in Covington County. However, the fact is, that the Facility proposed for our Community will ONLY be used for people who have been charged with committing a crime within the State of Alabama, and predominately in other counties outside Covington County.

Under the Alabama Rules of Criminal Procedure, Rule 11.1 thru 11.7, you will find the provisions of our law governing how Circuit Judges across the State deal with criminal offenses involving mentally incompetent Defendants. These rules provide the procedures to follow in cases where a person charged with a crime has been ruled mentally incompetent to stand trial. These rules also provide the manner in which attempts can be made through mental health treatment in a secure facility to bring that person to a sufficient level of mental competency to be able to stand trial.

Beyond temporarily appearing at a secure facility for original competency testing, in order for a person to be held for an extended period in a secure facility for treatment in an attempt to restore his level of competency for trial purposes, All Four of the following must be true and must have been proven to the Judge by the legal standard of clear and convincing evidence.

1. The person must have been charged with committing a crime (It is Almost always a serious felony crime. i.e. murder or assault etc.)

2. The person must have been found by the Circuit Judge presiding over the  proceedings  to  lack  sufficient mental competency to stand trial for the crime with which he is accused.

3. The Judge must find that there is a reasonable belief that through treatment the Defendant’s competency could possibly be restored within a reasonable time. And

4. That the person’s being at large (i.e. not confined) poses a real and present threat of substantial harm to himself or to others.

If all four of those things are not true, that person cannot be lawfully confined in a place such as the secure medical facility being proposed, for the propose of extended competency restorative treatment.

A number of my concerns about the proposed facility are set out in the article posted in this newspaper on February 26, 2019. All the concerns stated therein, as well as numerous others not included in that article, continue to be my concerns.

The purpose of this writing is to try to clear up any confusion about who will actually be treated in the proposed facility and to assure anyone who took my comments the wrong way, that I am in fact very sympathetic to, and I am an advocate for, our citizens who need mental health care getting the help they need.  I am a proponent of such care and I recognize the severe shortage of such care in this State. We can all agree that access to mental health treatment in this State is severely lacking both in and outside the criminal justice system. The question before us is, do we want a facility like the one being proposed, and any expansions to it that might come in the future, and all the attendant risks associated with such a facility, to become a permanent part of our community.

The question is before us and it should be left to our citizens to  decide  based  upon  full,  timely  and  factual information.

The “MoMo Challenge” is scaring parents and taking the internet by storm, but local children’s behavioral therapist Lisa Patterson is... read more