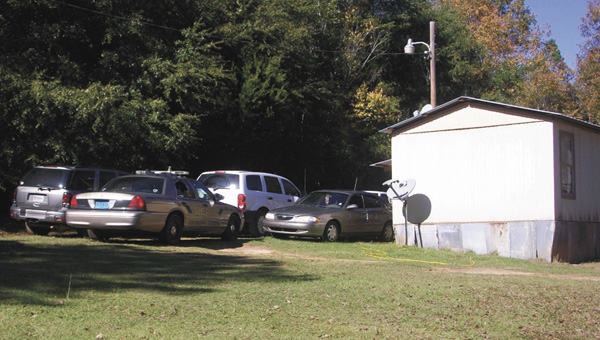 Officers with the Covington County Drug Task Force charged a local man with multiple drug charges after they found large amounts of illegal drugs in his Wilkerson Lane home.

Eddie Fields has been charged with trafficking of a controlled substance, possession of marijuana, and possession of drug paraphernalia.

A law enforcement official knocked on Fields’ door Wednesday morning as part of an unrelated investigation. The officer smelled marijuana and alerted the DTF. A search warrant was obtained, and during the search of the residence and vehicles parked in the yard, the DTF recovered gallon-sized plastic bags of marijuana, crack cocaine and powdered cocaine, as well as U.S. currency.

At press time, Fields’ bond had been set at $100,000 for a failure to register as an ex-felon charge, but no bond had yet been set for the drug charges.

The DTF was assisted by the Covington County Sheriff’s Office and the River Falls Police Department.

Today is the date that the American Cancer Society celebrates the Great American Smokeout, encouraging smokers to go smoke-free for... read more